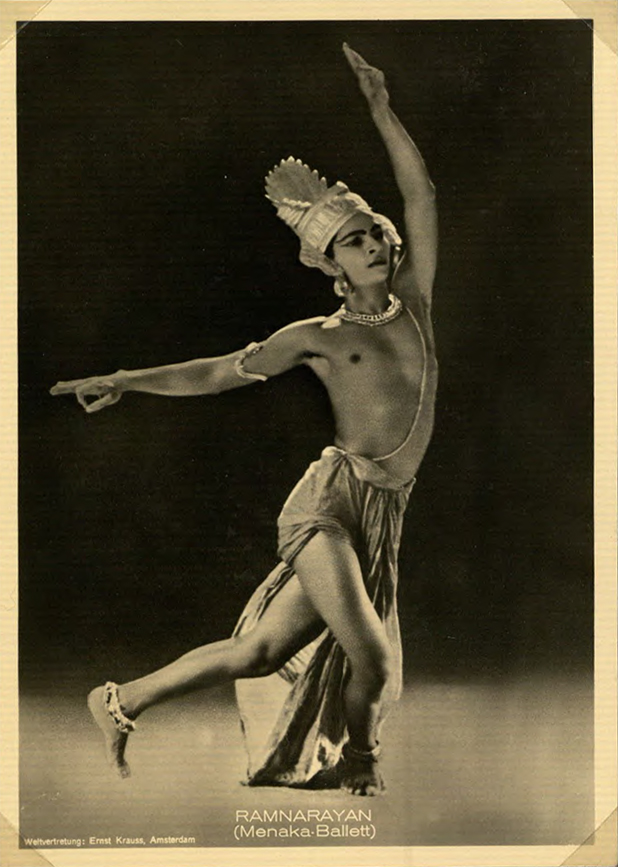 The second worldwide tour of Menaka (1935-1938) presented two dances on Shiva, the solo Sanhar Nritya and the dance-drama Deva Vijaya Nritya. The portrayal of Shiva during the dance reform in the 1930s has been interpreted as an attempt to counteract the colonial trope of „effeminate“ Indian men.

The archive of the German city Regensburg holds publicity photographs of the Menaka Ballet. [1] One album page contains a photograph of dancer Ramnarayan Mishra as Shiva in the dance Sanhar Nritya (dance of destruction). The program booklet explained Shiva’s rage and violence were unleashed upon hearing of the suicide of his wife Sati [2], he expressed his anger in a tandava (masculine, vigorous dance). 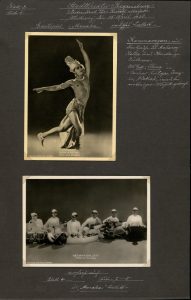 Earlier, Menaka performed a „Dance of Shiva“ during her first European tour of 1931-1932. Newspaper Comoedia commented: „she is accompanied by Mr. Nilkanta who, by his masculine robustness, is the happiest contrast with his partner: it is the force opposed or allied to grace.“ [3] It is unclear if movements from this creation were incorporated in the items for the second tour of 1935-1938. This tour contained two pieces that were centered on Shiva: besides Sanhar Nritya, all members of the group performed in Deva Vijaya Nritya ((dance of divine victory). This dance-drama ended with Menaka and Ramnarayan in an ananda tandava (blissful vigorous dance). [4]

Several Dutch newspapers explicitly mentioned Ramnarayan’s depiction of Shiva. For the Haagsche Courant, the dancer exemplified „very controlled strength and great beauty“. [5] A dance critic in Groningen called Ramnarayan the „surprise of the evening“: „He demonstrates an astonishing certainty and is of a masculine strength and at the same time of such a nobility, that he immediately has the audience under his spell.“ [6] Newspaper Tubantia watched Ramnarayan perform with „special attention“ due to his „perfect stature“. [7] The Leeuwarder Courant even preferred the male dancer over Menaka: „His dances of Shiva, the destroyer as well as the creator, were of rare beauty. He forced all eyes upon him when he slowly strode or when he stood still for second at a time, and then only moved his head or a hand.“ [8]

The incorporation of Shiva into the program of the Menaka Ballet was a new choreographic element. According to Allen, dance reformers of the 1930s from the non-hereditary communities embraced Shiva as the „the patron deity for dance“. Furthermore, Shiva in his form of Nataraja (Lord of dance) became a prominent subject for portrayal in dance. [9] Scholar, choreographer, and dancer Hari Krishnan elaborated on this, interpreting the new choreographies for the male body as an attempt to counteract colonial constructions of Indians as passive and effeminate people.[10]

In India Imagined, Ronald Inden elucidates the preponderance of the Mill-Hegel construct in European accounts of India. [11] The History of British India (1806-1817) by historian and political theorist James Mill (1773-1836) constituted a fundamental work in imperial knowledge production. Throughout the books, he contended the „Gothic nations“ of Europe, as soon as they became sedentary, were superior to the ‘people of Hindustan’ in the spheres of religion, philosophy, government, laws, poetry, architecture, and agriculture. Moreover, „in war the Hindus have always been greatly inferior to the warlike nations of Europe. […] In point of manners and character, the manliness and courage of our ancestors, compared with the slavish and dastardly spirit of the Hindus, place them in an elevated rank. But they were inferior to that effeminate people in gentleness […]“[12]

Equally fundamental as Mill was G.W.F. Hegel’s enunciation of Hindu thought as dominated by the imagination, and therefore diametrically opposed to Western, male rationality. In brief, the Western mind had developed to the level of reason (Verstand, masculine), which Hegel regarded as a higher, spiritual faculty. Western thought was permeated with the reason of spirit (Geist, masculine) and produced an exclusively rational, and therefore truthful, knowledge of the world. The Indian mind, however, was still dominated by lower or material faculties, the foremost being imagination (Vorstellung, feminine). Even in its highest form. Vorstelling was capable of mere „creative imagination“ (Phantasie, feminine). Since both Vorstellung and Phantasie were inferior forms of reason, the Indian mind lacked the capacities for pure, theoretical thought. [13] 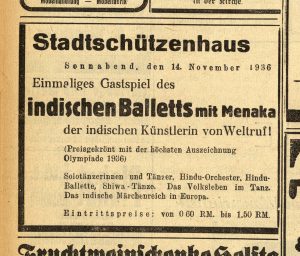 Although notions of effeminacy go back to the early stage of colonialism, Sinha accentuates the constant redefining of colonial tropes. From the last quarter of the nineteenth century, Western-educated and politically astute Indian intellectuals came to represent a „perverted“ form of masculinity. Whereas the „effeminate babu“ initially denoted men from the Bengali middle-class, the concept was expanded to include educated Hindu men from all regions of India who challenged exclusive British rights and privileges in the colonial administration. [14]
Sinha states the process of redefining was at the core interactive: at the same time the Indian elites challenged and cooperated with colonial rule in an effort to secure dominance over other societal groups. This resulted in their „simultaneous identification with the interests of colonial rule as well as resistance to specific racist and exclusivist policies and attitudes of the colonial regime.“ [15] 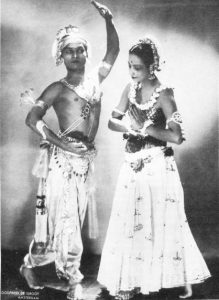 Along the same lines, Krishnan criticizes the choreographies for males that portrayed Shiva. Krishnan argues the Victorian views on gender and sexuality concurred with Brahmanic patriarchy. The construction by Indian intellectuals of an „Aryan golden age“, when men were brave and noble reinforced this patriarchy under colonial rule. For Krishnan, the males who performed dances on Shiva embodied a „hypermasculine icon“, that reflected the pride of a ‘glorious past’ of the nationalist middle classes. [16] Thus, the (hyper) masculinity performed on stage expressed the real gender expectations of men in the emerging nation. [17]

„A Hindu woman speaks to you“